You are here: Home / Travel / London/Dublin 2013 (or How To Travel With Your Asian Husband) Part 2

One of the contributing factors that helps us enjoy where we travel is the vibe of a place. Home has a special vibe as do our surrounding areas. New York City? It has a vibe of familiarity to me now and I enjoy the place. It also helps I know where the heck I am based on the street name system. West 38th and 7th? Bon Chon Korean fried chicken, baby! Hong Kong? I stick out like a sore thumb, but the place doesn’t scare me like it used to. It’s familiar now. London? Familiar-ish. Dublin? The place made me uneasy. I’m not fond of uneasy. Being uneasy makes me…more uneasy. But that’s how I arrived with Honorable Husband after getting a look around the place. I wasn’t sure why. Call it a vibe.

We took the Airlink 747 all the way to our hotel, checked in and dropped our things off. It was late evening and I could tell the man attached to the loins I lust after was getting itchy to walk around. He really wasn’t, but I read his body language as being he was. He just wanted to go somewhere warm. I had no desire to walk around the area at any great length looking for a place to eat, so I asked the very sweet folks at the front desk for a recommendation. There was a pub, Nancy Hands, two blocks down the street. The place had a fire, someone playing the piano, spirits and good food. Expensive food, but good food. But expensive food. Two dinners with one drink each ran us $42. In a pub.

One cool little piece of trivia about Nancy Hands is that a staircase there was used in the film Educating Rita with Michael Caine and Julie Walters. Fabulous movie!

Ralph fell asleep watching music videos on TV once we returned to the room and we were up at a decent time the next morning. We only had a single day, so I couldn’t exactly come up with a reason to stay in bed. The city has a really wonderful train system we took advantage of and headed downtown. One of us went looking for hot chocolate and one of us went looking for Tower Records and HMV. I’ll leave you to figure out who did what. That’s when I found out why I was getting such an ‘off’ vibe from Dublin.

Was it the overcast sky? Was it the biting cold? Was it the seemingly rough exterior of the people there? Or could it be because Tower Records had only a single Blu-Ray for sale in their store and it was the One Direction documentary? Can you believe that? Seriously! A single Blu-Ray. HMV had a small rack of them. And by small, I mean I own more Blu-Rays than HMV had to sell. It’s just…WRONG. There’s no way I could live there or stay longer than we were. Absolutely not. No way.

Ralph and I met up a bit later and decided to bless each other with our mutual presence for lunch. And by blessing, I mean I agreed to keep my mouth shut during the meal and he in turn agreed to admit we were together if anybody asked…or if I did anything stupid by neglecting his training and temporarily reverting back to my gweilo ways. Brunch, by the way, was exquisite! The food was by far the best part of Dublin.

We decided to part ways again after the meal since Ralph wanted to go in search of more chocolate and I’d heard a rumor about a few other CD stores in the area. That’s my ‘thang’. I handle the entertainment. I’m our mouthpiece to the actors and musicians we interact with. That thought was going through my head right about the time my husband sent me a picture. He’d run into one of the actors from Mrs. Brown’s Boys (Rory Cowan) and snapped a pic with him. Pretty cool, huh? Little shit! Ralph said it served me right not helping him look for chocolate and instead looked to my own selfish and pitiful needs.

Ralph can act like an evil half Asian sometimes.

Our evening ended with a drink at The George, one of the most famous and oldest gay bars in Dublin. They hadn’t heard of me, sadly, and that’s okay. I have them convinced that Patti Logan is actually Paddy Logan and…Well, why spoil the fun just in case she ever visits their fair city?

All good things must sadly come to an end, though. We returned to the hotel, turned on some local programs and figured out how we were going to get everything packed for home. You have no idea how much chocolate that man bought. I’m married to a chocaholic.

One interesting thing about Dublin is that you go through customs there before you return to the US. That actually save my cute, white, supple, increasingly underused rear end since our flight was delayed over an hour. We had just enough time to find the lounge at JFK in New York and use the bathroom before I was on my connecting flight back home. Ralph actually even gave me a goodbye kiss before I boarded. I’d apparently behaved during the trip.

I’m not entirely sure what they were thinking, but they sat me next to a mother with her three month old baby. I’m not even going to ask who flies with a three month old baby because I don’t know the woman’s circumstances. I will say, however, that the child was miserable on the flight and screamed most of it, thereby making everybody else miserable. Even the flight attendant patted me on the shoulder and told me how patient I was. She had nooooooo idea how loud I had my earphones jacked up.

So there you have it. Or at least most of it. I’d hoped to address some of the differences I noticed between the US and abroad this trip, but I think that’ll have to wait until next week. Believe me when I say I was quite fascinated by them.

Dorien says:
February 20, 2014 at 10:13 am
No sightseeing. No museums. No art galleries. No plays. No concerts. Blu-Rays and chocolate. You are a jaded world traveler, Mr. Alan! (But I still envy you.)

Reply
Kris says:
February 20, 2014 at 11:35 am
He doesn’t like to shop for Blu-Rays. That’s definitely my territory. But he does like to shop for chocolate and little travel items of brands we can’t get back home. I did a lot of that with him in London.

This was a good trip for us in that we stayed together most of the time, but also allowed each other a little breathing room to look for things we individually like. No regrets at all. And I have friends who ask if we know whether or not we can get along for an extended period of time since we spend so much of it apart. After 19 years, I think we have it down pretty well. =)

Reply
Patricia (Trish) Hebel says:
February 20, 2014 at 12:55 pm
If you want blue rays, I suggest going to Hollywood. Hot Chocolate, Switzerland or Germany perhaps? Either way, I know that you two spent some quality time together, and that is the important point. I would love to see your blog if the two of you ever went on a cruise ship somewhere.

Reply
Kage says:
February 20, 2014 at 2:26 pm
Hollywood is too expensive. Germany has good chocolate, but I don’t think the hubby would like it. It’s not sweet enough. Of course, it’ll make me look just that much sweeter.

Reply
Patricia Logan says:
February 20, 2014 at 1:28 pm
Awww, so sweet. Now, if and when I ever go to Dublin, I have to pretend to be an aged male coal miner named Paddy. You’re too kind, Gair. I’m so glad you got a public kiss good bye. He’s loosening up. Glad to hear it! 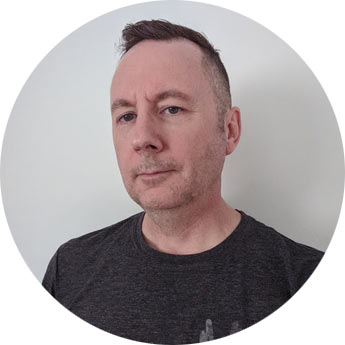